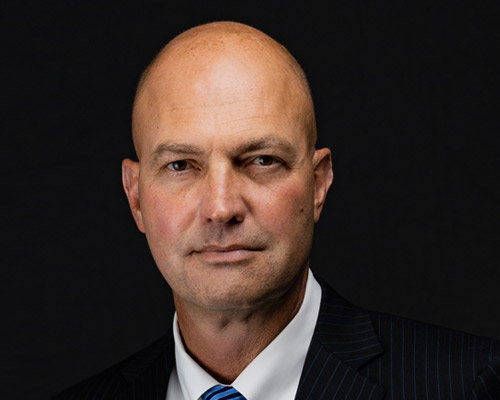 Jeffrey A. Huber joined the firm in 1992. He has represented a variety of clients in various matters throughout the state courts in Northern Virginia, the United States District Court for the Eastern District of Virginia, and appellate matters in the Supreme Court of Virginia and the Court of Appeals for the Fourth Circuit.

Mr. Huber’s practice focuses on land and business-related civil litigation, administrative land use and real estate-related matters, and general business advice. He maintains a particularly active practice in the field of eminent domain. Since the firm’s renewed appointment as fee counsel for the Virginia Department of Transportation (VDOT) in 1993, Mr. Huber has been the firm’s primary eminent domain litigator, representing VDOT in well over 150 condemnation and related cases, including some of VDOT’s most complex matters. Mr. Huber also represents local governments and landowners in connection with property acquisitions and condemnation matters relating to various public projects, including roads, reservoirs, schools, and utilities.

He has represented local governments and land owners in land use litigation, including state and federal actions resulting from the denial of rezoning and commission permit applications, challenges to comprehensive plan and zoning ordinance amendments, and challenges to determinations by zoning officials. Throughout his career, Mr. Huber also has represented many of the firm’s automotive clients in a whole host of matters, including franchise and real estate acquisitions and dispositions. Mr. Huber has been recognized by his peers as one of the Commonwealth’s outstanding attorneys in real estate litigation and transactional matters.

Mr. Huber graduated from the College of William and Mary’s Marshall-Wythe School of Law, where he was an editor of the Administrative Law Review, a publication of the ABA’s Section of Administrative Law and Regulatory Practice. He earned his Bachelor of Arts degree from the College of William and Mary, where he majored in Government, and then studied toward a Masters degree in English at William and Mary. Before law school, he worked as a land use planner for the Northern Neck Planning District Commission. Mr. Huber served Lancaster, Northumberland, Richmond, and Westmoreland Counties and the incorporated towns in those jurisdictions with planning services ranging from comprehensive plan reviews and drafting, to consultation on zoning and subdivision ordinance issues, as well as economic development assistance and grant funding.

Subsequently, he assisted in the management of a seafood business in the Northern Neck, gaining invaluable experience in the reality of running a business and dealing with regulatory bodies such as the Virginia Marine Resources Commission, the State Water Control Board, the Health Department, the Food and Drug Administration, and OSHA.