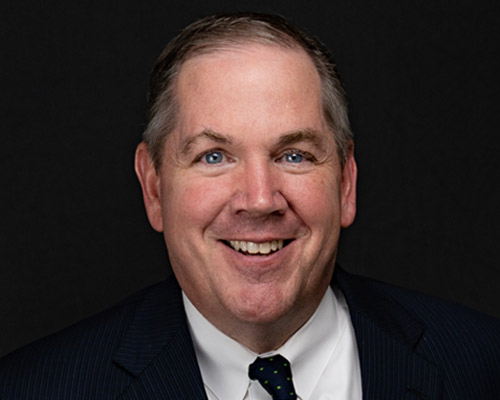 Michael J. Holleran joined the firm in 1986, became a principal in 1991, and was named President and Managing Partner of the firm as of 2005.

Mr. Holleran serves as general counsel to a wide variety of businesses and counsels and represents those clients in various matters, including business formations, business sales, commercial transactions, employment matters, and lease negotiations. He also has substantial trial experience in civil litigation for both businesses and individuals.

Mr. Holleran earned an economics degree from the College of William and Mary and received his law degree from the Marshall-Wythe School of Law at the College of William and Mary. Mr. Holleran has been recognized by Washingtonian Magazine as one of the “Best Lawyers” in the Washington, D.C. area and has been regularly selected by Virginia Business Magazine as a Legal Elite. He is a co-author of West Publishing Company’s Bankruptcy Code Manual, an approximate 1300-page treatise. Mr. Holleran has also received an AV rating, the highest rating given by Martindale-Hubbell® Peer Review Ratings™ , for his legal ability and general ethical standards.

Mr. Holleran is a member and Past President of the McLean Rotary Club. In 2008, Virginia Governor Timothy Kaine honored Mr. Holleran for his work on the Model Judiciary Program, a mock trial program for high school students in which Mr. Holleran had a long leadership role. Mr. Holleran also participates in various Fairfax County Bar Association activities including the motion’s conciliator program and The Devonshire Program. For years he also served as a volunteer youth league sports coach for the Herndon Optimist organization.